Home
/
knowledge
/
Do You Make These Same Advertising Mistakes That I Did?

It took me years of struggle to understand what is NOT advertising. Ads are not about brilliant creative and visualization, or playful copywriting. Yes, they are the ingredients that we need to make one. But is that all?

Ads are not meant to entertain.

I remember my boss yelling at me many years ago. He literally tore my copy and asked me to trash it on the way out.

I was outraged and shaken. It was my first job as a copywriter. And I was pretty confident as I unleashed my creativity in writing a piece for our company sales letter!

Soon enough I was called for the revised version. And this time it was even worse. The bashing went on for a few more rounds.

I was petrified. Every time I was called in, I thought that was it. My firing call.

My boss was a nice and humble man though. Not a fine-talker, or as dazzling as the other VPs were. But, he would always bring the best sales numbers in the entire company. And consistently beat everyone by a distance!

Other heads had better qualifications, smarter personalities, and were way more sophisticated than he was. Yet, they were mortified by his incredible sales performance.

Why so? What was the secret sauce of this average-looking, not-so-polish gentleman?

I didn’t realize then.

It took a few years of working under him to understand WHY.

Obsession with customer insights. He would try to understand his customers extremely well. He would know what they don’t want. He would go all out to learn about them – their attitude, what appeals to them, what makes them react, and so on.

And he would make me listen while he spoke to the prospects, and take notes. He took me to customer meetings. I was a little baffled. After all I was just a copywriter. Why do I need to go out and interact with dozens of prospects?

He told me one day.

That every AD writer must be like a salesman. He needs to place himself in the position of the buyer. He must study the consumer intricately, and the success of an AD largely depends on doing that the best way possible.

We need to keep a typical buyer before us while planning an AD. Like what will we tell if we meet the buyer face-to-face, who is interested in what we want to sell?

He would always ask me to re-introspect while reviewing my ad copies.

Can you sell them with this AD? Is this what they need to know to take action? Does it convince them in a way they understand?

Do not try to be too amusing with your ADs. Spending money is a serious matter. No one reads or watches ADs for amusements.

Do you agree? Please share your opinions in the comments section. 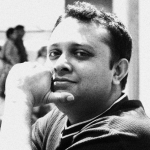 Amitava – Cofounder of UrsDigitally, GoMoLo – is a serial entrepreneur with 18+ years of experience specializing on Digital Marketing and Customer Experience Design. He is a digital nerd with a passion in creative story-telling. He regularly speaks at Digital Media summits and conferences; loves to sleep and watch Hollywood TV series when he is not working!

Thank you for subscribing.

we respect your privacy and take protecting it seriously